Luxury Villas to rent in Burgundy

Luxury Villas to rent in Burgundy

Things to do, when to go and Luxury Villas to rent in Burgundy

Even though Burgundy is famed as the world’s best destination for wine lovers, there are much more things to do here than tasting wine. The region has some wonderful sightseeing, French dining, adventure or relaxation to do by the pool in luxury Burgundy villas. If you are planning a visit to see the ultimate France and experience the luxury Villas to rent in Burgundy, the calm and cultured countryside of Burgundy is the place to find this quintessential French experience. 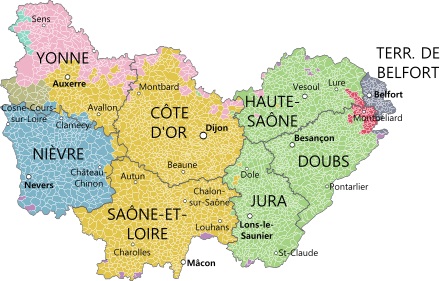 Burgundy’s four departments (Côte d’Or, Yonne, Saône-et-Loire and Nièvre) are picturesque landscapes with canals: get to know the strong traditions and the locals.

Visit the Hospices de Beaune, see superb Romanesque Chapels and basilica of Vezelay, pay a visit to the abbey of Cluny and the well-preserved church and buildings of the 12th century Abbaye de Fontenay, taste outstanding burgundy wine – from white to reds, taste escargots de Bourgogne (snails) and re-discover the Burgundian countryside by staying with one of our Burgundian accommodation options ranging from a little village country house, manoir (manor house), Luxury villa with a Pool or in historical luxury chateau from 1640.

Hire a boat to glide in the canals of Burgundy

Hire a large boat for if you are large group and have lazy glide by pastoral sights, check if the boats come with the bicycles included as it usually the case, the canal side lanes can be used for jogging, walking and biking. The pace of the boat is ideal for biking and walking, they go from one lock to another (about 1 mile).

If you could hire a full service large canal boat, the captain will take care of navigating, guiding and cooking. Interiors of these boats are very comfy, almost like staying in a hotel with all modern amenities, Ofcourse French style and what a way to cruise with the best Burgundian cuisine on-board and maybe some Burgundian wine too.

Beaune is the wine capital of Burgundy and is a good point to explore Burgundy. The aesthetic appeal here is caught up with the medieval walls and cobbled streets.

As for the story of wine here, in the center of Beaune you will find the well-known Hôtel Dieu des Hospices de Beaune, a 15th-century charity hospital and icon of the town’s past, is now a museum. The monks from the medieval period with the dukes put on the foundation for the wealth and affluence of this town.  Wine from the monks and wealth from dukes. Try visiting Saturday market, and if you are looking for a local specialty to cook in your villa stay, then don’t miss out on buying the snails (escargots de Bourgogne) from the charcuterie.

Beaune is one of the best places in all of France for wine tasting, and it should always be included in your trip itinerary to Burgundy. Due its cultural importance in wine production, UNESCO chose areas of Burgundy’s Beaune and Côte de Nuits, along with Dijon’s old centre as World Heritage Sites.

Visit a traditional barrel making a place for the wines, at the cooperage you could see how they craft a barrel with a touch of modern efficiency and old traditional techniques. Vintners are aware that the quality of barrels and the characteristics of the wood contribute to the quality of their wines.

Burgundy’s mainly famed for the wine of the region, they are dry red wines made from Pinot noir grapes and white wines made from Chardonnay grapes. The rolling hills of cote d’or are blanketed by well-tended vineyards. If you are a connoisseur its real pilgrim to be here, renting a Villa in Burgundy would just add up to your comforts. You can explore the countryside by Bike or car and get lost in this vine fields. Bike route connects the pretty villages each with its own unique wine. Watch out for the signs, where it says where guest are allowed to drop by and taste wine and grab your own bottle.

Try visiting the village of Pommard, vineyards like “ LA CAVE DEPOMMARD” offers free wine tasting and an education in wine appreciation at the same time. The host will make it easier for you to understand the Burgundy wines. From a wine point of View Burgundy is well appreciated by the local producers here, it seems terroir (set of all environmental factors, the exposure to the sun, altitude, and slope) determines the type of wine it produces, this could even change within a short distance from one land to another. The wines are named never by the name of the plant, but by the name of the place here, the grape is the same pinot noir.

In the middle ages, burgundy was a monastic powerhouse of Europe. Cluny was once home to a great monastery. In 1100s was competed with the Vatican to be the most powerful in all of Christendom.  Until the present St. Peters church was built in Rome, the church which stood here was the largest anywhere to be found.

The abbey of Cluny was first ever ruling centre of Europe’s first international network of monasteries. You can it was the headquarters for more than 10,000 monks and an evangelical revival that spread throughout Europe in the 11th and 12 century.  When in a period where they had highly corrupt popes, who followed the teaching of St. Benedict served as a moral compass and rallying point for Europe’s Christians. The abbots here preached the value of piety and the art of clever fundraising. Piety, they managed to stop people to stop looting the monastery, clever fund raising they talked to Europe’s wealthy landowning elites into willing their estates to the monasteries in exchange for continuous prayer for the benefit of their poor and terrified soul. A network was built from Rome to Scotland, helping to ignite the formation of present Europe.

The corruption they opposed dawned on them and it lead to their own downfall, the dominant Cluny order was ultimately eclipsed by more serious monks, like the Cistercians of Fontenay. Cluny’s affluence and control were wrecked during the French Revolution. Disgrace came in 1810, when the massive church, once the biggest in Christendom came crumbling down. See cluny with a combination of a luxury Villa rental in Burgundy, its great way to feel a local in this region of France.

05 sites not to miss in Cluny – France

1. The Eglise Notre-Dame – Soak in its splendid Gothic sanctuary

4. Amongst vine-covered, rolling hills, the dreamy Château de Pierreclos – Now a luxury hotel with up-to-date rooms and a swimming pool.

The Abbey of Fontenay

The Abbey maybe a very humble experience, and what a way to experience this with one of our country houses and homes of Burgundy?  Abbey of Fontenay is a well preserved abbey with sense of monastic life, allowing visitors to see what life was really like in a medieval Cistercian abbey. The Abbey of Fontenay was founded by St. Bernard of clairvuax as return to old way of life comparing to the other richer Benedictine abbey of Cluny. Bernard created an atmosphere like the desert fathers of the Old Testament, striving to be separated from the world. The abbeys required self-sufficiency which the abbeys were so skilled at. The spreading of the movement led to religious colonisation of Europe.

This romanesque abbey was built with plain façade, Latin cross floor plan, unadorned columns and didn’t have the colourful tinted glasses, everything was kept simple. Still you can see the ethereal lights which bathes the interior. Climb up the steps to the dormitory, where the monks slept, fully dressed on thin mats. Life at Abbey of Fontenay was quite simple prayer, reading, work and lots of religious services a day, one meal a day in the winter and two in the summer, daily rations, and loaf of bread with quarter litre of wine. Although you wonder if Fontenay could flourish this way, it did bring prosperity as an economic engine for several centuries.

Abbey of Fontenay ran, many considers Europe’s first metal working plant. Monks made iron tools and sold for profit. A stream was diverted to power hydraulic or water powered hammers that operated the forge. The technique discovered here became the origin of industrial manufacturing of iron throughout Europe. It could be said that the monks didn’t only spread the gospels but helped to germinate industrial age. Still to date the monks draw crowds in burgundy to experience the latest in monasticism.

Drop by the thriving Christian community of Taize (founded in 1940). It is an ecumenical community, welcoming catholic Christians, orthodox, and protestant alike. Many young European pilgrims visit here exploring their faith, and finding some rest from the fast paced world by simple living, eating, meditating and singing.

Dijon France – wonder what to see or do here?!! If you are pretty serious about your mustard, don’t leave Dijon without buying one beautiful faïence jar. They say it’s the best! The Striking Notre Dame de Dijon and Local Dijon Mustard Shops are a must here. This Previous capital of the powerful dukes of Burgundy, comes out as a lively city that’s soaked with history. Dijon was known to be the capital of Burgundy in the 14th-15th Centuries. One of the best tourist attraction is the Palais des Ducs at the center of town, the palace permits visitors to envisage the magnificent luxury life style of the dukes. Inside the palace you will find the Musée des Beaux-Arts, which is a top ranked art museums in France.

While it is now a thriving French city with a harbour, Dijon always recalls 02 historical names form the past. Philip the Bold and John the Fearless, John’s rash, corrupt, and vehement political dealings led to the outbreak of the Armagnac–Burgundian Civil War in France.

Dijon’s is the center of Côte d’Or, Visitors can wend their way through the narrow streets of the old quarter. There are numerous museums, the Parliament Building; a 13th-century Cathedral St-Bénigne, Ducal Palace and the square.

Another Level of the regions attraction is Perfect beauty of its characteristic medieval châteaux, you could find a few to visit such as Château de la Rochepot constructed in the  middle ages still stays gloriously over the hills as if they still rule their territories. 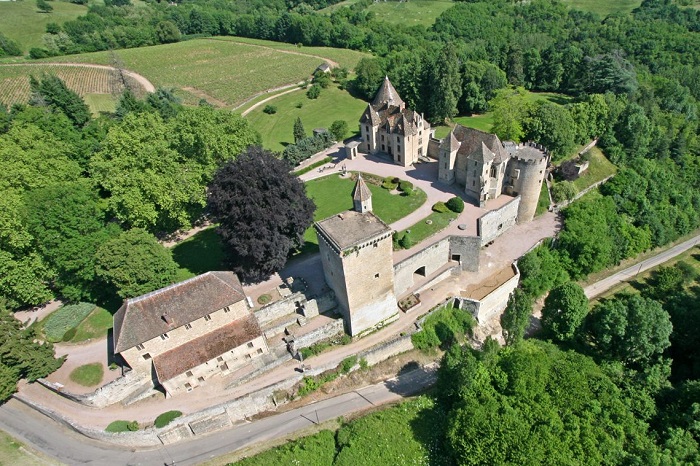 Some of the Best 10 châteaux and abbeys not to miss are;

Vézelay, comes as a typical Burgundian medieval village, where a basilica rules supremely the vistas. This hilltop and charming village is well located on the northern edges of the Morvan National Park (National Park is 1,000 square miles of wilderness that offers good hiking and cycling)

You can visit the church of St Mary Magdalene.  During the 11th-century, the monks obtained the reputed relics of St Mary Magdalene which led to this little village’s fame with pilgrims from all over Europe, from one day to another. You can still see the ramparts and fortified gateways.

Art lovers will appreciate Musée Zervos, which displays an exceptional collection of modern art, including pieces by Picasso, Chagall, Miró, Kandinsky, and other 20th-century artists. The Musée de l’Oeuvre Viollet-le-Duc has a noteworthy collection of medieval sculptures.

Many visit in summer months, when it is generally hot and dry. But it even rains in July. By early September, you begin to smell autumn in the air. So maybe, October and November is a pleasing time to visit as the autumn colours on the vineyards are a treat for the eyes, and the chilly temperature is perfect to taste the region’s wonderful red wines from Cote de  Nuits and Pommard and of course Vosne-Romanée.